Instant smoothing of folds and wrinkles – we transplant the youngest and most valuable stem cells taken from the patient’s own adipose (fatty) tissue;

Natural lifting effect with improved volume of the skin – the youth elixir from the patient’s own tissues permanently corrects age-related defects in the adipose tissue;

New life for your skin – adipocytes (fat cells) in a new site become vascularised and refined, thereby stimulating the regeneration of the skin and making it look fresh and healthy.

Correcting atrophic scars – the patient’s own fat is capable of filling skin defects;

Younger look even for allergy sufferers! – the skin compensates for its own detects, so there is no risk that the patient’s body will reject or develop an allergy to its own tissue. 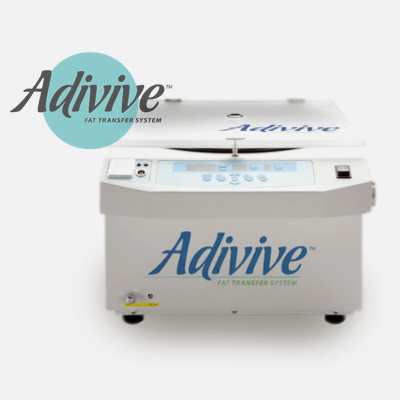 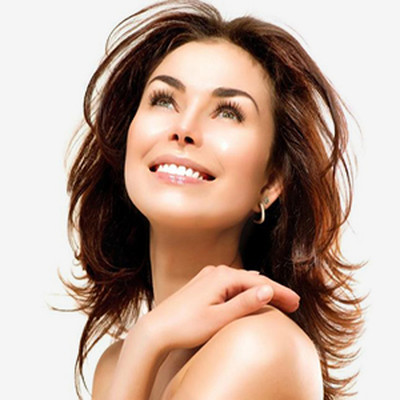 Over the years, the skin loses the adipose tissue in some places while others accumulate excessive amounts of fat. Lipofilling (also known as lipotransfer or adipose tissue transplantation) with the Adivive device makes it possible to collect the fatty tissue from areas where it is in excess and transplant it to other sites or defects.

The Adivive technology, as the first system for the separation of adipose tissue in the world, was awarded the American certificate of the Food and Drug Administration, thus being certified for compliance with FDA regulations. Adipose tissue transplantation is mostly used to provide a natural filling effect as well as shape the patient’s face and other body parts, including breasts, buttocks and hands.

The Adivive device is used to prepare the patient’s adipose tissue for transplantation. It eliminates old and weak fat cells and contaminations that reduce the likelihood of transplant acceptance. On the contrary, the Adivive system extracts the most valuable, young fat cells that are rich in stem cells. Such cells are then transplanted and demonstrate great assimilation potential in their new environment.

Stem cells constitute a high-quality Youth Elixir, which not only models the face and body, but also revitalises and rejuvenates the skin. The collected material consists of autologous cells that exclude the rejection risk and cause no allergies even in allergy sufferers. This is the reason why lipofilling is an extremely safe procedure.

What does the procedure of lipofilling with steam cells look like?

The procedure of adipose tissue transplantation using the Adivive system is completely sterile and non-invasive. Lipofilling is performed under local anaesthesia and patients can function normally immediately after the procedure.

It is performed using a special syringe to extract fat from the area of the knees, abdomen or the inner side of thighs. To reduce bleeding, a special liquid is administered into these areas to constrict blood vessels. The fat is then suctioned through a cannula placed on the syringe.

Adipose tissue transplantation is often used in combination with the Vaser Lipo ultrasonic liposuction. It takes merely a few hours to gain a nicely shaped figure and perform transplantation of tissues into facial areas or other parts. This minimally invasive procedure guarantees that the valuable and extremely resistant fatty tissue is not wasted during the collection procedure.

With the innovative Vaser Lipo technology, the adipose tissue is not “tugged” (as in the case of traditional liposuction) but gently dissolved and washed out, thereby retaining its properties. In the second step, the collected material is prepared for transplantation using the Adivive device, which is followed by the transfer of the fat cells.

Lipofilling with steam cells is a treatment procedure that revives the skin. After the young cells have been transplanted, they stimulate the skin to repair its own defects. This is because the young fat cells become vascularised in their new site to which they perfectly adapt. Moreover, these vital fat cells are capable of renewing themselves through cell division, which motivates the skin to restore and regenerate its own tissue.

Lipofilling is an extremely effective and long-lasting treatment procedure. Approximately 80% of the tissues adapt to the new site after transplantation and hence remain there permanently. This property makes it possible to achieve permanent effects for years, without the need to frequently repeat the procedure.

Hyaluronic acid Natural skin regeneration and moisturisation – by using hyaluronic acid, which is a natural component of our body; Precise wrinkle filler – applied exactly on the wrinkled surface; Lifted and rejuvenated cheeks – the special...
READ MORE

An equally effective alternative to surgical lifting? Extremely effective lifting effects – introduced into the natural skin tension lines, the threads produce an immediate effect similar to that of a surgical facelift; Supple, resilient and elastic skin – the thread stimulates the...
READ MORE

Ulthera - the most effective of non-surgical lifts - a spectacular facelift:

The Ulthera system - a revolutionary rejuvenation technique without a scalpel Supple and lifted skin – the procedure makes the skin more supple, improves facial contours as well as shapes the cheeks, neck, jawline and chin. A visibly younger look – the regeneration of collagen fibres eliminates skin folds and...
READ MORE